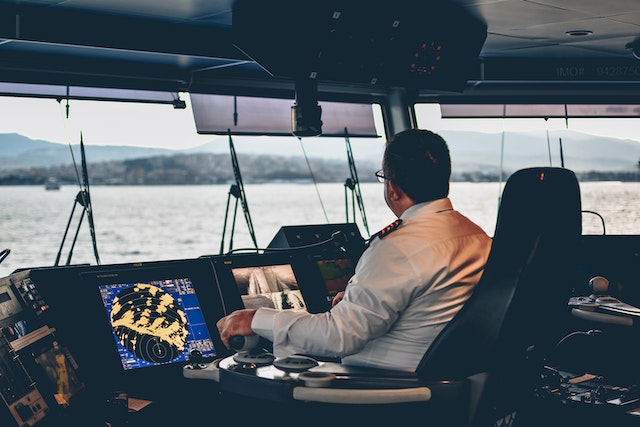 An Australian firm is building what could be the world’s largest electric ferry, designed to transport thousands of passengers and vehicles in a development that could set a worldwide trend.

The company behind the vessel, Incat Tasmania, has revealed the technology could be announced for use on Sydney Harbour in the next year.

The news comes months after an Australian inquiry identified battery-powered ferries as a way to cut transport emissions and costs, while warning the craft were still in “a developmental phase”.

The ship, which will carry 2100 passengers and 226 vehicles between Argentina and Uruguay, was originally designed to run on liquefied natural gas (LNG).

But Mr Clifford said its future owner had second thoughts about using the fuel due to environmental concerns and public perception.

“In the owner’s words, in three years time LNG will not be very popular – it will be like a dead horse,” he said.

“Instead they’ll get a very quiet, environmentally friendly ship and they’ll be seen to be doing the right thing all around.”

Powering the ship with electricity required a significant redesign, Mr Clifford said, and the company would replace “500 tonnes of machinery and fuel tanks” with 400 tonnes of batteries.

But he said using aluminium rather than steel to build the ship would halve its potential weight, and battery-powered ferries would not come at an additional cost to traditional vessels.

“We believe the future market is electric, particularly for voyages of less than 100 miles, which is most of our ships. The batteries are getting better every day, they’re getting more efficient, and where 100 miles might be the limit today it won’t be long before 200 miles is the limit,” he said.

“We are talking to operators on Sydney Harbour at the moment for electric ships. You’ll hear news about that in the next year or so.”

Two small electric passenger ferries currently operate between Barangaroo and Pyrmont in Sydney, saving 40,0000 litres of diesel fuel each year, but electric ferries are more common in other countries.

Norway operates a fleet of 70 zero-emission ferries, Denmark launched the world’s first 60-metre electric ferry in 2019, and New Zealand is planning to launch locally made battery-powered ferries in 2024.

A NSW transport inquiry into the technology late last year found electric ferries could significantly reduce carbon emissions and diesel pollution, as well as cutting energy costs by up to 70 per cent.

But the probe also found the ships presented “significant technological and operational challenges” for the state, including the development of recharging facilities at ports, and would require further planning before a widespread rollout.

ALL RECENT
Search
Disclosure Statement: Authorised Representative of BANYAN SECURITIES Pty Ltd Australian Financial Services Licence 484139. General Advice Warning: The information in this communication is provided for information purposes and is of a general nature only. It is not intended to be and does not constitute financial advice or any other advice. Further, the information is not based on your personal objectives, financial situation or needs. You are encouraged to consult a financial planner before making any decision as to how appropriate this information is to your objectives, financial situation and needs. Also, before making a decision, you should consider the relevant Product Disclosure Statement available from your financial planner.